What began as an experiment with strips sets became something of an improv piecing puzzle.  I wanted some of the shapes to nestle together, which made for some interesting piecing.  I finally got my atomic shapes arranged and added plenty of negative space for quilting. 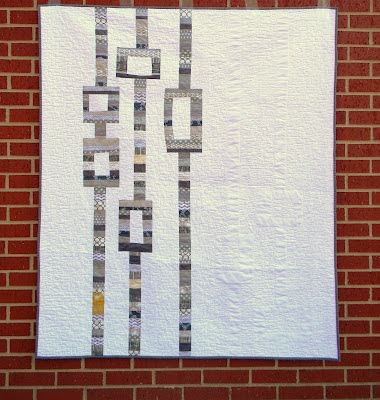 I used a combination of straight line and free motion quilting to created some ghost atoms, which I really love.  The free motion design is a squared off meander. 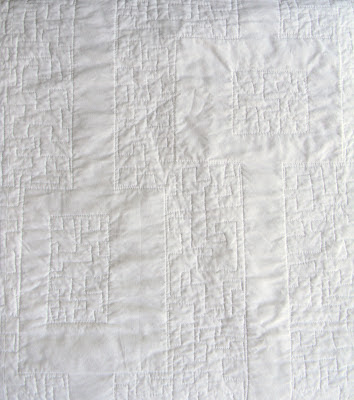 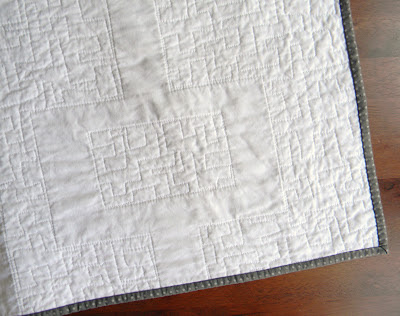 I finally got to use the Shades of Grey chain link print, which is a favorite of mine.  The large scale makes it perfect for backing.  I added an Echo print to one side to make it wide enough. 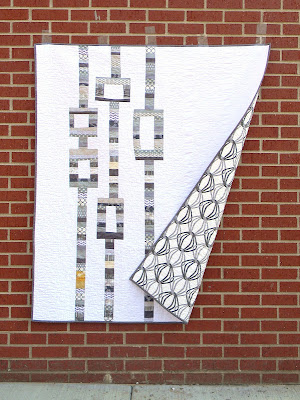 I'm happy I followed my instinct to add the little pop of mustard to contrast the starkness of the gray and white. 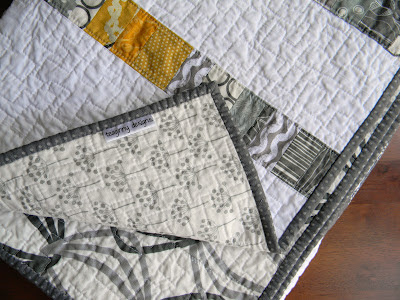 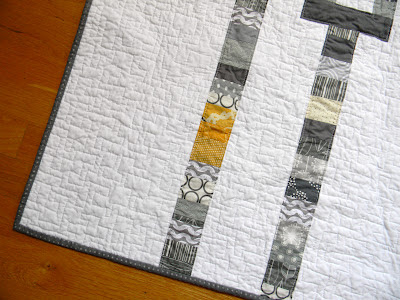 I think I've decided I want some curves in my atoms in future.  If I dabble with this design again I'd use applique to create the shapes which probably rules out strips sets for this purpose.  Solids would be nice though I think. 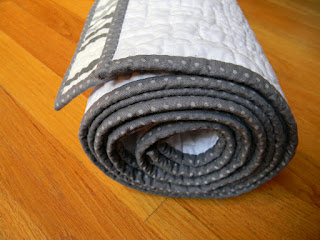 I love everthing about this quilt! Especially the little pop of yellow!

This is just beautiful!!! I so love everything about this quilt, the fabric, pattern, quilting, and backing. Gorgeous1

I SO love this quilt! The color palette is great, that pop of yellow, all the negative space, and of course those amazing quilting lines!! Beautiful!!

Very nice! I love the little pop of yellow too! Great job quilting this!

It looks gorgeous Alex! (funny, i presumed your name was Teagan or Ginny!)

Oh wow. What a perfect quilt. The grey, the pop of mustard, the design, THE QUILTING! I love it all!

Whoa. I agree, the mustard was a fab idea! Loving this quilt :D

Whoa. I agree, the mustard was a fab idea! Loving this quilt :D

I love it! The composition is great and the mustard colour pop is a brilliant idea.

SUPER-cool! I love this!

Whoa - I was offline for a few days and look at what I missed!

I love this. I may have to steal inspiration from it in the future.... Fair warning - I probably will. :-)

I LOVE LOVE LOVE this quilt!!! It is a perfectly modern quilt - from the design to the color and even the simplicity. Your overall quilting, is really great!! Like CitricSugar, I may be copying this idea!! I think my son would really like it!

Speechless...really. I love everything about this quilt too.