A Lesson in Value, Part 1

I learned a valuable lesson (pun intended) as I got started on a version of the Road Trip Redux Quilt (more on this pattern later). I chose to pair a handful of solids with my favorite Essex linen in black and a fun black and white polka dot print. 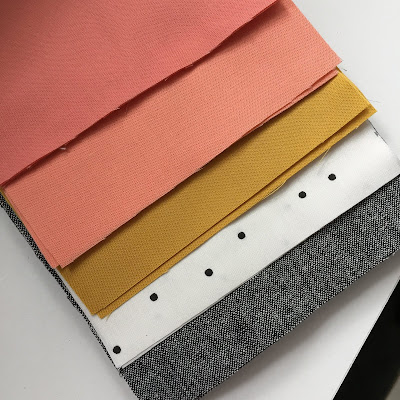 I wondered if the two corals were too close in value, but since they were both in my stash, I wanted to make it work. I made a test HST block and thought the difference in value would probably be alright. 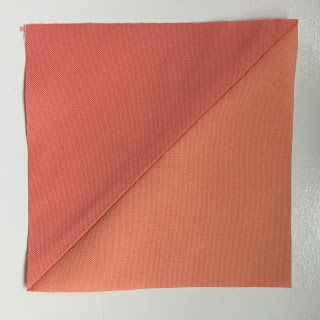 However, when I put some of the blocks on the design wall, I found the difference in value was not great enough to make the design pop. The two corals are so similar, they muddy the layout somewhat - not what I had in mind. 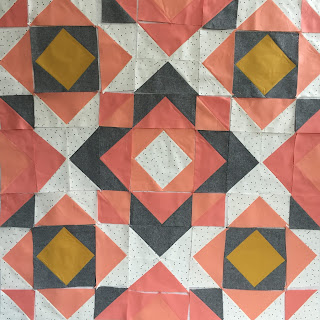 Here is my rough color sketch to give you an idea of what I want the design to look like. I had already changde my mind about the pale yellow, opting for mustard for more of an edge. 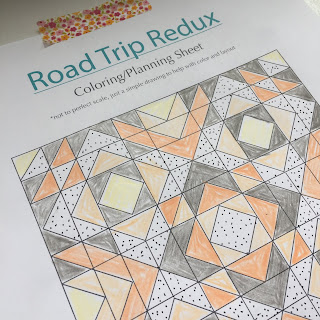 A quick trip to my local fabric shop, and I think I have a solution. The bottom coral will replace the medium coral in the middle that I used previously. It has a noticeably lower value than the darkest coral, which I think will create the contrast the design needs. Watch this space. 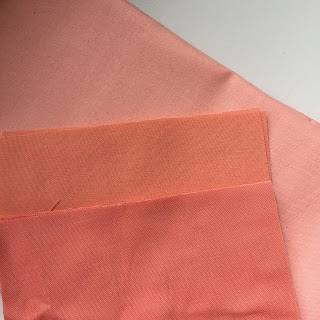 No block will be wasted however, as a quirk in the pattern (okay, maybe user error - again, more on that in a subsequent post) led me to cut far more pieces than I need, so another Road Trip Redux Quilt is likely in my future, perhaps with other colors added too.
Posted by teaginny at 8:36 PM 2 comments:

Lines in the Sand Placemats 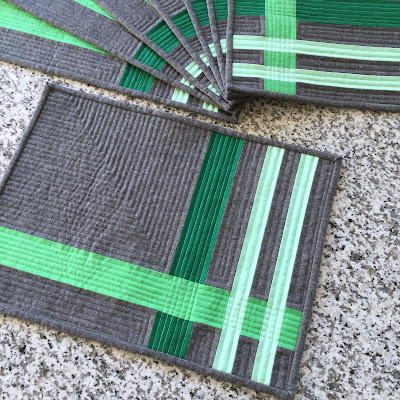 This set of eight placemats was meant to be a Christmas gift. I'm only a couple of weeks late, so it still counts, right? 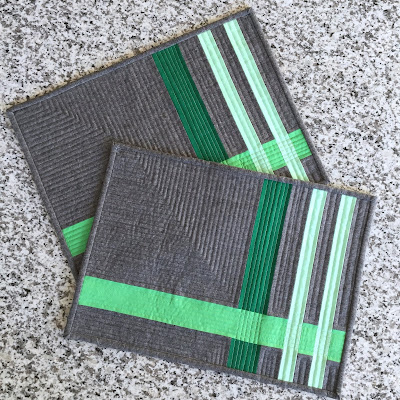 I used Alissa Haight Carlton's Lines in the Sand pattern. You can download it for free here. They are really quick to sew up, but a hint if you'd like a fast finish - don't quilt them the way I did. Straight lines, a quarter inch apart, for the quilting took some time. Of course the benefit of dense quilting is amazing texture and a placemat with some body to it. I used grey Aurifil thread on the black Essex linen background and a light green Aurifil thread for the stripes. 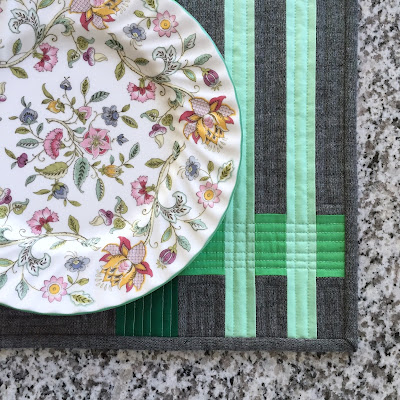 I used the same linen for the binding, which was a bit thicker than I'd prefer. I do like the way it lets the stripes shine, though. A gorgeous green Carolyn Friedlander print is perfect for the backs. 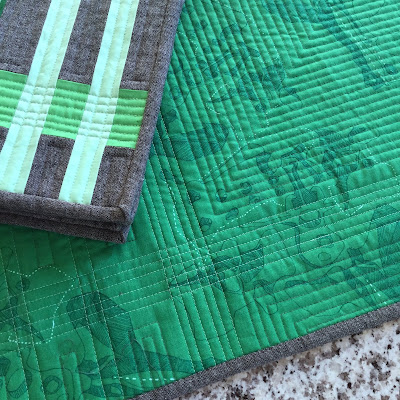 After binding all eight by hand, I feel like I've bound a queen sized quilt. I haven't done the math, but the perimeters together might come close. I finally wrapped up that hand sewing late last night. Oh well, being late just means I have any early first finish of the new year! 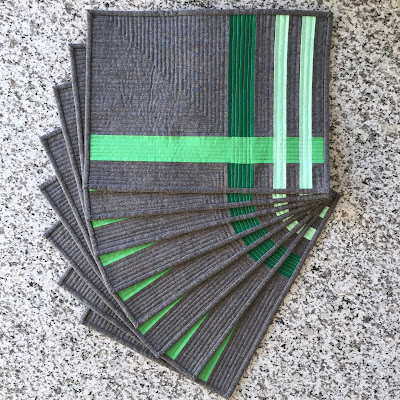